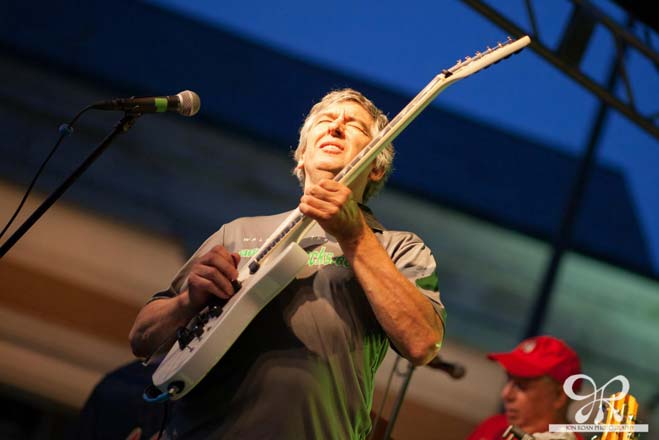 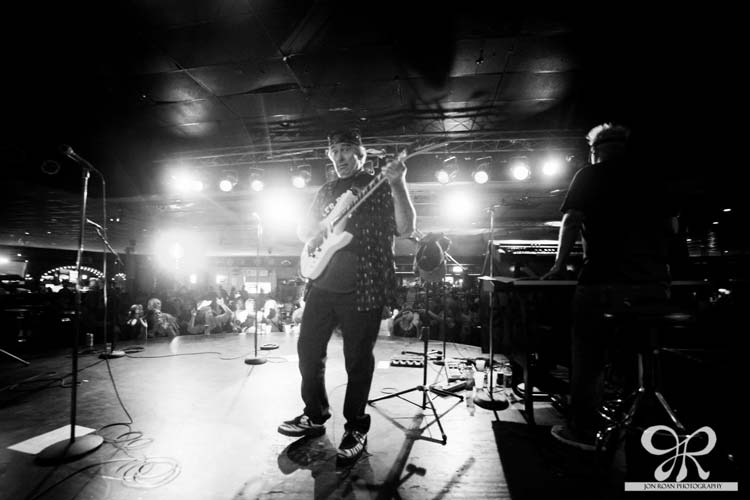 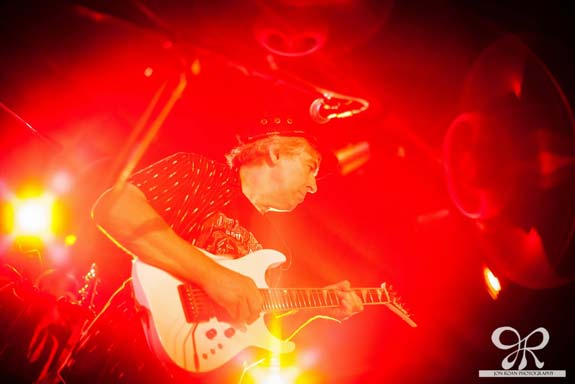 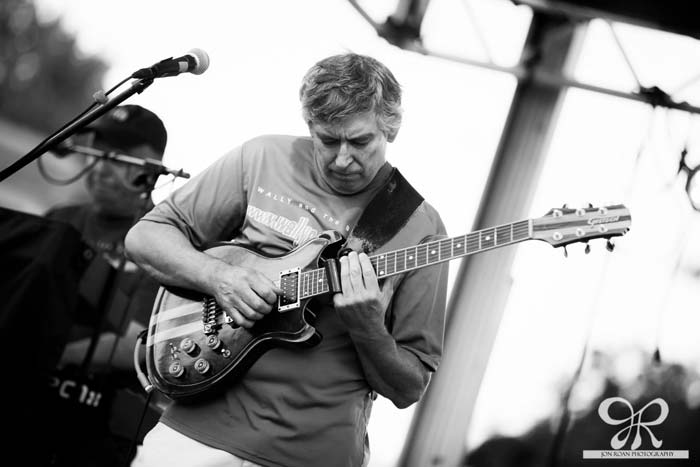 You’ve probably seen this guitarist somewhere before, if only you could remember where:

Maybe back in ‘73 when you got married:

After taking 5 years of private guitar lessons from local Toledo veteran guitarist John Justus, at the ripe young age of 14, AJ formed “The Notables” with two other high school friends and started playing private parties, weddings, country clubs and of course the “animal clubs” (Elks, Eagles, Moose etc.”) AJ’s music career was quickly set in motion with constant weekend gigs. It wasn’t long before he started working with other bands in local night clubs and bars; even playing “The Zorba”, a local strip club, at the age of sixteen. (It was only a one night gig; the drummer’s girlfriend didn’t want him playing in a strip club) What an education!

Maybe that time you decided to take guitar lessons:

At age sixteen, AJ started teaching guitar at “Durdel’s” music store. His teaching roster became very hectic with a schedule of more than 40 guitar students a week. With a full teaching schedule and weekends filled with band gigs, AJ wasn’t a much of a high school socialite. Can you say nerd?

Maybe that one Christmas when you went shopping for a new guitar:

Graduating from Cardinal Stritch High School, AJ was ready to devote more time to improving his guitar proficiency. But after two years of non-stop playing and teaching, a setback, Durdel’s went bankrupt and closed. AJ had 60 guitar students a week and no place to teach them. So AJ decided to open “AJ’s Music Store”, a small 750 square foot studio in East Toledo. What an education!

Maybe that place you took your daughter for piano lessons:

After learning the retail music business the hard way, (by jumping in head first), and a couple of relocations to larger facilities, AJ’s Music Store finally settled on the corner of 4th & Main in East Toledo. At that point, AJ had to quit teaching to attend to the business of managing a retail music store, even coaxing his mother to quit her job to help him. During his previous gigs working with other bands, AJ made many musician friends and invited them to teach at his store. AJ’s had become a full line music store with a full inventory and lessons on all instruments plus full repair services with AJ doing all the guitar repairs. Although running the music store was a full time job, AJ was still playing in bands several nights a week.

That party bar, that’s where you saw him:

While running a retail music store, AJ was hopping from band to band playing rock, country, jazz and even musical theater. Through a strange twist of fate, a phone call from someone needing a guitar player for a newly forming band eventually led to the forming of a band called “Hotlix”. Hotlix was more than just a rock band. Hotlix played ALL musical styles, but it also incorporated comedy. The comedy (often risqué) evolved from just telling jokes, changing words in songs or wearing funny hats to fully rehearsed costumed skits. Five years after the creation of Hotlix, at the height of their popularity, Hotlix founders, AJ and Tim Tiderman, the keyboardist, decided to buy their own bar and “Hotlix Hideaway” on Alexis Rd in North Toledo was born. Hotlix Hideaway was THE party place in Toledo! AJ found it impossible to run a music store and a bar so the music store was sold and AJ concentrated on the bar business. What an education!

That time I went to sing karaoke, that’s where he was:

After 10 years of Hotlix being Toledo’s #1 party band, AJ became disenchanted with being a bar owner and left the bar and the band. Needing a job, he started soloing, playing guitar and singing accompanied by “electronic musicians”. It sounded like a full band but it was just AJ and some electronic gizmos. Eventually he found himself working Put-In-Bay in the afternoons and going back to Toledo bars at night. However, singing 8+ hours 6 days a week was too much for AJ’s voice and that’s when AJ discovered karaoke. The question AJ asked himself, “Why destroy my voice when I can let other people be a star, have fun and sing (or try to sing as the case may be)” In the summer of 1995 at Put-In-Bay, “AJ’s Flying Karaoke Machine” was born. Karaoke turned out to be a huge success and soon AJ had multiple karaoke systems all over Toledo. As a side note, “Flying” was used in the title of the new business because that’s how AJ got himself and the karaoke equipment back and forth from Toledo to Put-In-Bay. Flying was a life long interest and the success of Hotlix allowed AJ to take flying lessons and get his pilots license.

But I thought I saw him in that Beatle tribute band:

In the fall of 1995, AJ received a call from an old friend that always told him he had a resemblance to George Harrison from the “Beatles”. The acquaintance said he had some friends that resembled Paul McCartney & John Lennon, “why don’t we form a Beatles tribute band“. AJ loved the Beatles and went to work learning George Harrison’s leads note for note.

After a year of rehearsing, “Backbeat…A Tribute”, a Beatles tribute band started performing in the Sandusky, Ohio area with AJ impersonating George Harrison. After acquiring an agent in Cleveland, Backbeat started playing gigs across the country, including 2 weeks at The Excaliber in Las Vegas. What an education!

In the spring of 2010, AJ got a call from Joel Bokerman asking if he’d be interested in joining the Beavs. Having worked with the Beavs years earlier as a fill in, AJ was familiar with the song list and the personnel, but due to scheduling conflicts declined the offer. However, after 15 years of playing Beatle music, AJ wanted to return to playing a wider range of music plus adding some comedy. Hence, AJ started performing with Wally & The Beavs in August.

When not performing with the Beaves, AJ can be seen impersonating “George Harrison” in Backbeat…A Tribute, and occasionally in other Beatle tribute bands when needed. AJ’s “regular job” is managing “AJ’s Flying Karaoke & DJ Service” in Toledo. Working as a KJ (karaoke jockey) you can usually find him inviting people onstage to sing karaoke. In his off time, look up, that could be AJ in that small tiny airplane.